Agent Orange, a chemical agent (BCRNe) from the Vietnam War 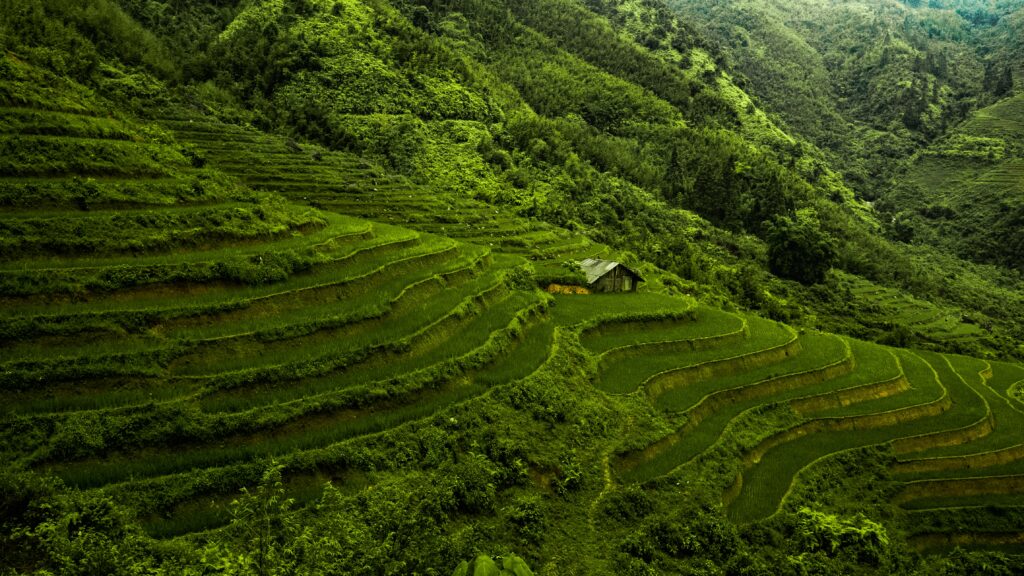 A civil lawsuit was held on January 21, 2021 in the court of Evry against the chemical companies that produced Agent Orange used during the Vietnam War. This news went almost unnoticed, with the coronavirus Sars-Cov-2 monopolizing all the news, yet it reminds us of the darkest moments of the Vietnam War and the use of chemicals as a weapon of war.

“Agent Orange” is a powerful defoliant, 80 million liters of which were spilled on Vietnam by the U.S. military between 1961 and 1971. Ten thousand spraying missions directly directed at 3,000 Vietnamese villages reached between 2.1 and 4.8 million Vietnamese, to which must be added Cambodians, Laotians, American civilians and military personnel and their allies (Australians, Canadians, New Zealanders, South Koreans).

Why use a defoliant?

To dislodge “the enemy”, it was necessary to break through the dense vegetation that covered South Vietnam to allow the American air force to bomb the Viet Cong fighters who were sheltering there? From the beginning of its military intervention, in 1955, the American army came up against the forest, fields and mangroves, natural allies of the locals. It was also necessary to destroy crops to starve the enemy.

The American chemical industry, which already had Dow Chemical and Monsanto in its ranks, then developed a powerful defoliant: “Agent Orange” (the color of the containers in which they were contained).

It is a mixture in equal parts of 2 herbicidal molecules: 2,4-dichlorophenoxyacetic acid (2,4-D) and 2,4,5 trichlorophenoxyacetic acid (2,4,5-T). These substances mimic the action of a plant growth hormone, auxin (indole 3-acetic acid). Growth is disturbed and the plant dies. While these herbicidal agents were widely used in agriculture in the 1950s, Agent Orange itself was developed for use by the military in Vietnam at concentrations 13 times higher than those used in agriculture. As early as the 1950s, scientists at Fort Detrick were already foreseeing its use as a chemical weapon.

The first sprays on Vietnam were first applied in 1961 with the green light from President John F. Kennedy and peaked in 1965. The last sprays took place in 1971.

In 1969 it was learned that this Agent Orange contained an undesirable molecule, 2,3,7,8-tetrachorodibenzo-para-dioxin (TCDD), also known as “Seveso dioxin”. This dioxin comes from the synthesis process of 2,4,5-T (2,4-D does not contain it and is still used as a selective weed killer active against broadleaf weeds and inactive on grasses).

These molecules are very numerous but they have in common 2 oxygen atoms in an aromatic ring and chlorine atoms.

They are all by-products of combustion in the presence of chlorine – household waste incinerators, medical waste incinerators, petrochemicals, carbo-chemicals, forest fires, pulp and paper chlorine bleaching, herbicide and pesticide manufacturing. Major efforts have been made to avoid industrial dioxin discharges. Having no role in industry, they are never synthesized voluntarily.

On the other hand, these molecules are very toxic.

They act by binding to an intracellular transcription factor, the aryl hydrocarbon receptor (AhR), which triggers the production of enzymes responsible for breaking down the toxic products but, in this case, the by-products generated are more toxic than the original molecules.

They also have immunotoxic effects.

They are endocrine disruptors.

They also act on the reproductive system (anti-progestational action) and can make women sterile.

They can also cause abnormalities in spermatogenesis, altered thyroid hormones, increased insulin resistance with possible risk of diabetes.

The International Agency for Research on Cancer (IARC), an agency of the WHO, evaluated TCDD (the most common dioxin) in 1997 and 2012. On the basis of epidemiological data in humans and animal information, IARC classified it as “carcinogenic to humans”. On the other hand, it does not alter the genetic heritage and, below a certain level of exposure, the carcinogenic risk would be negligible. This is obviously not the case for people exposed in Vietnam.

Dioxins are very stable molecules that remain in the environment. They are found in soil, food and especially in animal fats, contaminating the entire food chain. Even today, 40 years after the war, dioxin is still contaminating the soil in the affected regions. Mothers contaminate their babies via the umbilical cord and breastfeeding. It is quite likely that other future generations will be affected.

More than 20% of the southern part of the country has been affected, i.e. 400,000 hectares of agricultural land. Vegetation is dying, leaving people without means of subsistence. These military operations are often described as the “greatest ecological war in the history of mankind”.

It is estimated that the crops destroyed by spraying could have fed 245,000 people for a year.

In 1980 an official commission was created in Ho Chi Minh City to study the consequences of spraying: lung and prostate cancer, skin diseases, diseases of the nervous, respiratory and circulatory systems, blindness, malformation of the arms and legs at birth.

We can still see in the streets of the affected villages, mutilated people, without arms, without legs, blind…

Like any chemical weapon, those responsible can become its target. This is what happened to Admiral Elmo Zumwal, who ordered the U.S. Navy to use Agent Orange on a large scale, and who saw for himself the damage caused to U.S. soldiers and his own family: his son died of cancer at a very young age just after having a child born with severe physical and mental disabilities.

Affected American veterans filed a lawsuit against the industrial producers, and 40,000 of them received compensation after an out-of-court settlement on the eve of the trial (1984). Other lawsuits between 1987 and 2013 compensated Australian and Korean veterans. However, it is fair to say that none of the hundreds of thousands of Vietnamese victims have been compensated.

This French-Vietnamese victim of Agent Orange (she suffers from type 2 diabetes, tuberculosis and cancer) has been fighting for years for justice. She is behind a civil lawsuit against 14 companies producing the orange product, including Monsanto (bought out by Bayer), Dow Chemical, Thompson, Diamond, Hercules, Uniroyal…

The effects of intoxication are still being felt today, on the 4th generation: it is estimated that 100,000 children suffer from serious congenital anomalies. The aim of the trial is to have the responsibility of these chemical companies recognized for the damage to the lives of people and the environment. A real hope for those who today remain without an answer in the face of the impunity of the firms that sell these products (Marie Toussaint jurist). The recognition of Vietnamese victims, if it takes place, will create a legal precedent if the responsibility of multinationals is established.

In 2004 the Vietnamese Association of Victims of Agent Orange/Dioxin, based on the 1925 Geneva Protocol, lost its case, the judge having considered that a herbicide was not a poison under international law.

The concept of “ecocide“

This trial also highlights the notion of ecocide.

The term “ecocide” was first used in 1970 by the biologist Arthur W. Galston, precisely in connection with the Agent Orange used by the U.S. military in Vietnam.

According to the Larousse, ecocide is a “serious attack on the environment, causing major damage to one or more ecosystems, and leading to their destruction”.

The idea is to criminalize the most serious violations of the environment. Perpetrators, especially companies, would then face prison sentences, fines and the obligation to make reparations.

The debate has not yet been settled.

Why shouldn’t this be the trial of the first ecocide in history?