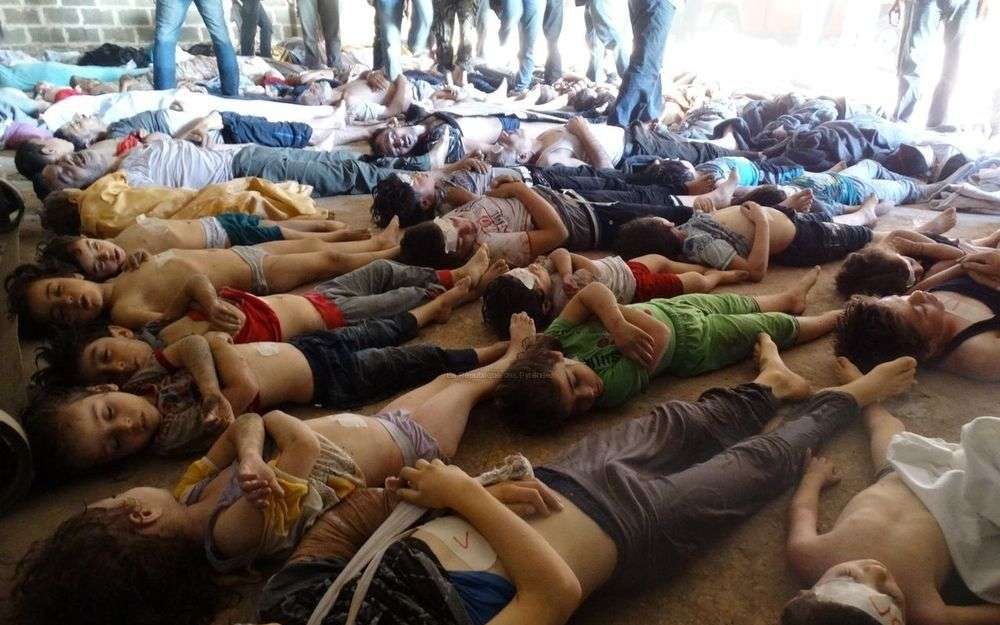 In the field of CBRN, it is common to distinguish “Weapons of Mass Destruction” (WMD) as nuclear weapons and “Weapons of Mass Disorganization“. The latter, although responsible for very significant physical and psychological injuries, have devastating social and economic disruption consequences that are not comparable in intensity to those of a nuclear explosion. Nevertheless, the consequences of radiological, biological and chemical weapons, depending on their quantity, nature and sophistication, could reach levels close to those of nuclear weapons. While it is difficult to imagine that nuclear weapons would leave the state domain, we know that chemical and biological weapons are used by violent non-state groups to spread terror – terrorism – rather than death. In this context, there may be state terrorism, of which Syria has given us some examples in recent years.

It is always necessary to distinguish between the harmful agent and the weapon itself: the possession of the poison does not mean that the user will be able to use it effectively if the latter has not been properly “militarized”.  Terrorist groups often find themselves powerless to spread on a large scale either the radioisotope they have stolen from a hospital or the strain of Bacillus anthracis from a bacteriology laboratory!

While the sarin gas attack perpetrated by the Aum cult in the Tokyo subway in 1995 is well documented, both in the intentions of the group to kill and the number of victims, many other attacks are not so clearly identified, most of them having been foiled before they were actually executed.

The University of Maryland, which lists all events linked to non-state groups, tells us that since 1990, 517 attacks or attempted attacks have taken place, many of which have been designed for large-scale actions.

The total number is greater than 517 because several events involved several types of agents.

As can be seen, the chemical weapon is the most widely used, but the others are not neglected.

To obtain a nuclear weapon, a terrorist group must obtain it from a state arsenal. The porosity of the nuclear weapons of the former USSR is well known. However, the threat could also come from Pakistan, where small tactical nuclear warheads for installation near the Indian border are in full development. Because of their portability and distribution, they are very vulnerable but also very well protected. It, therefore, seems unlikely that these heads could be used by terrorist groups.

To manufacture nuclear weapons yourself requires the manufacture of fissile material (enriched uranium or plutonium separation), which are extremely complex, costly and easily identifiable steps.  Another solution would be to turn to apparently less monitored environments such as nuclear reactors, isotope production plants or marine nuclear thrusters.

The militarization of radiological agents is easier than obtaining a nuclear weapon. There are sophisticated systems for dispersing aerosols of radioactive particles, but it is also possible to hide a radioactive element that could seriously contaminate people in the surrounding area.

This risk is also related to the concept of a dirty bomb. An explosive device can spread a radioactive source around it. How to obtain radioisotopes?  Millions of sources are used worldwide (industry, hospitals, research). In the USA, 1 source disappears per day (loss, abandonment, theft) while in the EU there are 70 sources lost per year. For example, in Russia, thermoelectric generators for lighthouses in remote areas (former USSR) have disappeared and this is perhaps why, in December 2001 in Georgia, 3 loggers were severely irradiated.

In November 1995 in Moscow, a container containing cesium was discovered in Ismailovsky Park. In December 1998 in Chechnya, a container filled with radioactive materials attached to an explosive mine was found.

Another use of radiation is poisoning.  We can remember the polonium-210 assassination of Alexander Litvinenko, a former Russian secret service agent against Vladimir Putin.

Fortunately, these radioactive sources are easily identifiable by simple radioactivity detectors. There are some in ports and at border crossings.

Ready-to-use chemical weapons sources are found in unstable countries such as Syria, Iraq, Libya, and North Korea. Some of them have lost complete control of their stocks, such as Iraq and Syria, and Daech has taken the opportunity to build up stocks that he has used elsewhere. A second option is to manufacture small quantities of highly volatile gases such as chlorine or hydrogen cyanide yourself, without any special knowledge. The most worrying scenario would be the attack on stocks of high-risk chemicals either inside the plant or during transport. While Daech specialists have been able to synthesize more dangerous products such as mustard (the synthesis pathways are not very complicated), the most dangerous products such as G agents and V agents, which are much more difficult to obtain, have never been manufactured by non-state organizations. More anecdotally, but just as worryingly, carfentanil can easily be obtained from a Chinese pharmaceutical manufacturer who sells it in a completely illicit way!

This weapon has the greatest destructive potential, but the repeated failures of the Aum sect to use anthrax, botulinum toxin, cholera, Q fever, and even Ebola show that it is necessary to have both a particularly virulent strain and an adequate means of dissemination. Only the spread of Bacillus anthracis spores through the mail in the United States in 2001 was somewhat successful but far from the thresholds required to qualify this product as a weapon of mass destruction.

Pathogenic strains can be acquired in countries with a long history of biological weapons programmes where sites are vulnerable and easily subject to theft, diversion or collaboration by initiated individuals.

It is not easy to obtain strains from international collections (more than 1,500 international research collections) and even more difficult to militarize them. Obtaining the right microbial strains, the right equipment for cultivation, avoiding contamination and preserving the pathogenicity of strains are some of the obstacles to the manufacture of an effective weapon. Current attacks are generally carried out using simple products such as ricin, a poison of biological origin whose extraction from ricin is relatively easy. These simple products have no infectivity or contagiousness, limiting their potential as a weapon of mass destruction. All these difficulties explain the very low number of biological incidents recorded since 2012, which stands at only 11.

From 1990 to 2016, 31% of the events were perpetrated by religious extremists, 22% by ethnic nationalists, and 11% by lone actors. The rest comes from right-wing or left-wing extremists or unidentified actors. But since 2012, the distribution has completely changed with 71% coming from religious extremists and 19% from isolated actors (for financial gains, different professionals, nationalist ideas…)

Scientific progress in all fields (pharmaceuticals, communications, automation, biotechnology, robotics, etc.) opens up new opportunities for the use of these weapons. We have already discussed the use of techniques such as CRISPR/Cas-9 or the manufacture of artificial genes to create new germs, such as a smallpox virus or bacteria resistant to major medical countermeasures such as antibiotics and vaccines.

The miniaturization of manufacturing processes using 3-D printers, for example, will allow the manufacture of chemical microreactors in which toxic chemical agents would be manufactured in small quantities but without any additional risk of massive toxicity or explosion. The operation of several parallel lines over a sufficiently long period of time will allow the production of a sufficient quantity of militarizable product.

Advances in biotechnology can also lead to progress in the field of biological weapons.

It is not only the development of new technologies, as most terrorists are not at the cutting edge of science, but rather the rapid diffusion of these technologies to ready-to-use commercial applications that could enhance terrorist capabilities. Indeed, as soon as a new technology is invented, it is disseminated in a “ready to use” form and can be used by terrorists. Under these conditions, it is difficult to withhold information that could be applied by criminals. The latter also evolve by participating, for example, in online courses (MOOC) that allow them to better assimilate knowledge.

There is also the question of high-level individuals who, on their own, are capable of posing serious threats, provided they are psychologically destabilized.  This was the case of Ramzi Yousef, a Pakistani engineer trained in Al-Qaida training camps in Afghanistan and responsible for the 1993 World Trade Center attacks, or Bruce Ivins, one of Fort Detrick’s leading biological weapons researchers and suspected perpetrator of the October 2001 anthrax attack attempts.

Some of the media hype surrounding terrorism is exaggerated. Despite the obvious interest of our most vehement and competent adversaries, a real WMD is probably beyond their reach in all but a few scenarios: the in situ release of toxic industrial chemicals or highly radioactive materials near an urban area, and the adventitious and highly unlikely acquisition of a functional nuclear or biological weapon from a national arsenal. Nevertheless, these scenarios can be countered with preventive measures concerning site security.

Let us not forget either that new advances in synthetic biology can also help us to design new antiviral and antibiotic treatments, just as finer manufacturing techniques will allow us to acquire more sensitive radiation detectors. There are many other examples that could be given in this regard.

And if we want to be positive, a large-scale education could reduce the number of disadvantaged and fragile young people in developing countries, but it is on a completely different scale…