Does synthetic biology have the potential to transform the future of biological warfare? 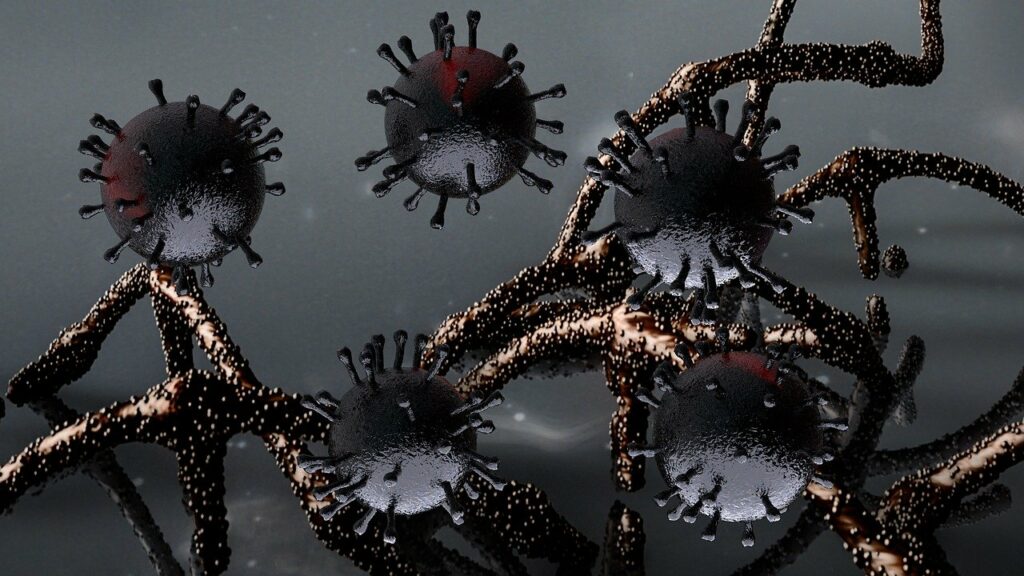 Stijn Kuipers of King’s College London has published in 2019 an interesting study on the contribution of synthetic biology in the evolution of biological weapons.

This is an opportunity for us to redefine what synthetic biology is and to examine in detail what it could contribute to the improvement of biological weapons.

Important developments in biotechnology over the last two decades have made genetic engineering relatively easier to implement and also much cheaper.

Could we be seeing a transformation in international security and a profound change in defence policies and planning?

What is synthetic biology?

Genetic engineering began with the development of recombinant DNA technology in the early 1970s. While the innovation was radical, it ultimately allowed only modest modifications to be made to DNA molecules, but large enough to modify the genomes of microorganisms.

With the constant improvement of these techniques, genetically modified plants, animals and vaccines were created from the mid-1970s onwards. The possible risk of a possible new armament did not escape the experts during these years.

Indeed, while biological weapons were banned in 1975, genetic engineering has been used by various states to create more effective biological agents, but the mere modification of small parts of the genomes has not made it possible to produce microorganisms that are radically more dangerous than the existing ones.

In the 1980s and 1990s, computer and instrumentation technologies emerged and the use of combinatorial chemistry (computer-controlled synthesis of compounds) greatly facilitated the screening of new compounds.

The introduction of CRISPR-Cas9 (Clustered Regularly Interspersed Short Palindromic Repeats) in 2012 has made it possible to replace entire pieces of target genome with new DNA, significantly improving the speed, cost-effectiveness, accuracy and editing capabilities of the genome.

This powerful combination of biotechnology and computer engineering is known as “synthetic biology”. It differs from previous forms of genome editing in that it allows new segments of DNA to be deleted or added to genomes. This greatly improves the ability of scientists to manipulate DNA. It promotes a sense of revolution, moving microbiology from an essentially descriptive field to a creative field in the hope of going beyond the limits of natural evolution to create synthetic organisms with desired properties.

We can ask 2 questions:

Will advances in synthetic biology make it easier and cheaper for state and non-state actors to manipulate and weaponize dangerous pathogens?

Are advances in biotechnology necessary and sufficient to produce a transformation in the way wars are conducted?

1- Even if the states have worked a lot on biological weapons, (British, USA (Fort Detrick), USSR (Biopreparat), Japan (Unit 731), Iraq, South Africa) the results have never been very conclusive. Indeed, as living organisms, biological agents are vulnerable: they are fragile to the heat released by a possible vector, they depend on climatic conditions, they are subject to mutations…) which poses problems of production, storage and diffusion. Their effects depend on the sensitivity of the target (vaccinations, respiratory protection…). These weapons have therefore been little used in the modern era.

However, the increased ability of biotechnology to engineer organisms seems to indicate the possibility of greatly improving or even “engineering” novel pathogens, especially if synthetic biology fulfills its promise of being able to create synthetic life forms from “not much.” The possibilities of creating totally new pathogens, against which we have no defense, seem almost endless.

For non-state actors, the complexity of biological systems seems to have been the main obstacle to the use of biological weapons. In addition, the bad reputation of these weapons may discourage more than one proponent. This is not for lack of trying, as the Aum sect has shown. However, insofar as the sequences of viruses and bacteria are available on the net, as well as the tools of molecular biology, one could fear an increase in the proliferation of these biological weapons for terrorist purposes.

It is not because the sequences are available on the net that it is easy for a non-specialist to choose and put together the adequate sequences with a kit that we also bought on the internet. With this kind of DIY, apparently accessible and very easy to use, it seems almost impossible to carry out an experiment, as Annie Sneed has shown.

It has been shown that even specialists in well-equipped laboratories rarely succeed in modifying the genome of microorganisms in depth. One of the most difficult problems to solve is that the improvement of one trait by manipulation of its gene often leads to the reduction of another trait (phenomenon of pleiotropy where one gene can act on several phenotypic traits simultaneously). At the theoretical level, knowledge of the sequence of a gene cannot predict what will become of this gene once it is introduced into the middle of the other genes of the micro-organism because of the phenomena of interaction and regulation. In the case of a ” ascending ” creation, it is practically impossible to predict anything… So if specialists do not succeed in modifying existing germs or building new ones, the accessibility of these techniques to amateurs is not for tomorrow. This is why it is possible that they will continue to work on known pathogenic germs.

Of all the known attempts, the Aum sect has achieved the best results. They worked on Bacillus anthracis and Clostridium botulinum but the strains chosen were not sufficiently toxin-producing, the fermenters used were not sterile and many contaminants reduced bacterial growth yields. In addition, attempts at genetic manipulation failed. It should be noted that in the Aum teams there were biologists (including virologists) but this was not enough to achieve a result.

Of course, new and better organized groups in possession of the latest synthetic biology kits could be theoretically capable of potentiating pathogenic strains, but the risk seems extremely limited at present.

State Actors and the Usefulness of Battlefields

Imagine competent scientists working in well-equipped laboratories, the current problems of synthetic biology are both technical and theoretical. The greater ease of DNA replacement in organisms has not solved the problems of incompatibility or complexity of phenotypic expression. Synthetic gene regulations often have unintended consequences for their host, such as growth arrest, especially if overly long DNA segments are replaced.

The dreaded creation of new pathogens is thus hampered, as their functioning is very difficult to predict, and the expression of new genes has a high failure rate. And even if progress were to become very rapid, it would also benefit the development of medical countermeasures, such as detection systems and vaccine manufacturing (and we have seen the capabilities of these techniques with messenger RNA vaccines).

2- Can technology act as an engine of change in warfare?

On the other hand, can these new techniques be the cause of a change in the conduct of war?

The author defines what he calls the revolution in the affairs of war (RMA). And finds that while technology has been an important factor in RMA, it is neither necessary nor sufficient. Strategy and operational warfare can change significantly without technological advances, whereas technological change usually produces a “revolution” only through interaction with political, social and practical needs and perceptions. It is also measured by taking into account the geopolitical context.

As we have seen, the technical implications of synthetic biology for non-state and battlefield proliferation seem limited. The only conceivable benefit for states would be the lowering of the cost for countries, especially the poorest ones, to acquire a strategic deterrent weapon that is less expensive than nuclear weapons. The difference is that while in the case of nuclear weapons there is no defence, in the case of biological weapons there are defences implying that the use of such a weapon does not necessarily lead to assured destruction. And since there are also difficulties of development, transport, use depending on time, etc., this practice prevents the use of a second strike. So the best-prepared states, i.e. the richest states, will not be so easily deterred, which does not change much in the current situation.

What was the most important RMA of the 20th century? The nuclear revolution, which was aimed at preventing wars instead of winning them. Seventy-four years later, wars are still being fought and won with conventional weapons, and the major nuclearized countries are still investing heavily in conventional armaments. It currently seems unlikely that synthetic biology will change what nuclear physics could not change.

Two questions need to be asked: can synthetic biology lead to the production of new and formidable biological weapons, and could these weapons be the catalyst for a transformation of warfare?

As such, it comes up against a whole series of technical and theoretical problems that constitute obvious obstacles to the implementation of the announced potential.

At the media level, emphasis is placed on the possibility that terrorist groups could create potentially terrible germs, but experience proves that this possibility is still technically out of their reach.

And if most state actors were capable of creating more powerful pathogens, it is unlikely that many would use them because of the military unreliability of biological weapons, their ineffectiveness as a strategic disincentive, and the resulting political costs.

Note: this article is from 2019 and a quick bibliography of more recent articles did not bring me more information about the practical evolution of these new techniques.