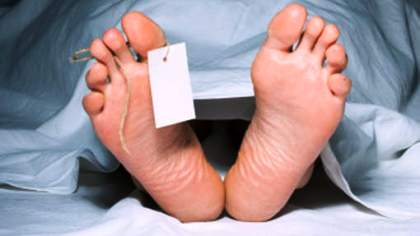 Even if the subject is not an easy one, it is good to remind that the corpses can represent a real danger on the infectious level  but also they can be at the origin of chemical or radiological contaminations in the case of situations falling under the NRBCe.

We will review the various dangers and ways of handling the seriously injured and mortal remains.

In the case of natural disasters (earthquakes, storms, floods…) victims can be very numerous but, contrary to popular belief, there is nothing to indicate that their bodies can be the cause of epidemics. Indeed, on a lifeless body, pathogens do not survive more than 48 hours (important exception: HIV). Survivors are primarily responsible for epidemics and access to clean water and food are therefore among the priorities after the disaster. On the other hand, the bodies of recently deceased persons can contaminate others, especially those who are responsible for handling them.

The germs responsible for the degradation of the body have no pathogenic capacity.

Infectious diseases transmitted under these conditions may include tuberculosis, group A streptococci, gastroenteritis (cholera, hepatitis, E.coli, rotavirus, Salmonella, Shigella and typhoid and paratyphoid fever), spongiform encephalopathies (Creutzfeld-Jakob), hepatitis B and C, HIV and most likely meningococcus. People who die during these events have the same rates of infectious diseases as the general population.

Tuberculosis can be transmitted by aerosols from the residual air in the lungs if fluids escape through the nostrils and mouth of the body being handled. Blood viruses (hepatitis, HIV) are transmitted by contact between an injured skin or mucous membrane of the manipulator and blood or body fluids. Gastrointestinal infections are transmitted through the faeces contaminating the bodies, either directly or through contaminated textiles, equipment or water.

Taking into account the risks of infection and the severity of contamination, standard precautions should be followed, to which other recommendations should be added.

The minimum personal protective equipment (PPE) consists of a pair of gloves, a waterproof gown and a surgical mask. Eye protection with glasses is recommended. When the risks are greater (HIV, hepatitis, Creutzfeld Jakob, SRAS, MERS) body protection must be reinforced with plastic aprons) and eye and face protection (glasses, hood) must be reinforced. To protect yourself from more dangerous germs such as anthrax, plague, rabies, hemorrhagic fevers, the protection must be maximum by adding double gloves and overshoes. Classic hygiene elements such as hand washing, protection from injuries… must also be required. In all cases, polycombi(R) ideally provides the necessary protective elements for handlers, especially in the management of Ebola epidemics.

In addition to the equipment, it is necessary to have an adapted behavior to avoid any risk of contamination. Wearing gloves is mandatory especially if the body is damaged. Disposable gloves should be properly disposed of while non-disposable gloves should be washed and disinfected. To avoid cross-contamination, handling personal belongings with soiled gloves is prohibited.

To hide the body of the deceased from public view, to protect it from external elements before the autopsy, for example, and to transport it hygienically, the intervention forces use a simple, waterproof body bag. It should also be noted that in the event of an infectious disease, the body bag is mandatory in the coffin.

Hepatitis B vaccination can reduce infection rates, but it takes a week for it to be effective.

In the event of a BCRNe event, the situation is totally different from natural disasters since the deadly agent can be of chemical, biological or radiological origin. The problem of whether the body is dangerous or not does not arise because, whatever the attack, the body is potentially contaminating: either it is covered with a chemical, a suspended biological agent or a radioactive element from a dirty bomb for example.

Its handling is therefore dangerous because it leads irremediably to cross-contamination in the event of a wrong operation.

The question of the equipment of the manipulator does not arise because, after an attack of this type to coat an PPE is obligatory (by following, of course, the protocols of dressing and undressing).

It is therefore essential to isolate the body and confine it in a body bag so that it does not cross-contaminate during extraction. Its design is different from the simple body bag since it must resist very toxic chemicals, not let escape any biological agent probably manipulated to give it an unusual pathogenic power and impermeable to the radioactive dust of a possible dirty bomb.

The Ouvry body bag is made of a flexible, waterproof and mechanically very resistant material (breaking, tearing and puncture resistance). It also contains an absorbent material that traps body fluids (up to 8 litres). These liquids can contain high concentrations of pathogenic germs (Ebola for example) which are neutralized by catalysts thus providing pre-decontamination. The catalyst is also very active against war chemicals.

The body bag has the drawback of slowing the body’s cooling and thus promoting the degradation of the corpse. The gases released can then be important: gas exhaust filter valves allow the bag not to inflate under the action of the production of these gases.

Other features such as a window to see the deceased’s face and carrying handles are available.

It allows the victim to be removed from the polluted environment while undergoing emergency treatment. If the victim is contaminated, once installed in the bag he can no longer be responsible for cross-contamination. If it is not yet contaminated, it can be safely passed through a contaminated area. As with the body bag, the inside of the Ouvry evacuation bag contains an absorbent material that decontaminates chemical and biological products. A butyl neck allows interfacing with an NH15 escape hood and a zipper system allows one arm to pass outside the bag to provide first aid.

Handling dead bodies is not a simple operation. If they are people who died in a natural disaster, the corpse can transmit infectious diseases that existed before death. After 48 hours, germs are usually dead except HIV which survives 6 days and the corpse can no longer be a source of cross-contamination. However, simple protection and handling protocols should be followed.

In the case of a CBRNe event, cross-contamination is mandatory if strict precautionary measures are not followed. While rescuers wearing PPE transmit first aid, deceased victims are safely evacuated in suitable body bags.