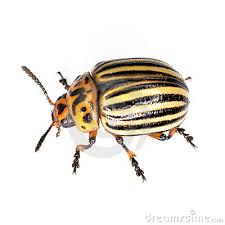 Insects can be used in 3 different ways :

What exactly about the use of this biological weapon?

While there are countless possibilities to use insects to attack crops, humans or animals, in practice it does not seem as simple as it seems. Many trials have been tested with varying degrees of success.

Among the many countries that have worked on entomological weapons, Japan seems to have achieved the most tangible result during the Second World War. In 1940, unit 731 led by Shiro Ishii infested fleas with Yersinia pestis, the plague agent. Wheat and rice grains mixed with plague-bearing fleas were flown over Changde. The result was a plague epidemic that is estimated to have killed nearly 500,000 Chinese people.

All these diseases can be transmitted by the Aedes aegypti mosquito.

During the Cold War, the US developed a laboratory able to produce 100 million mosquitoes infected with yellow fever to attack the Soviet Union. Three hundred thousand of them were dropped on the American state of Georgia in order to test their ability to transmit the disease after an air drop! (big buzz operation).

Mosquitoes of the genus Anopheles are the vectors of parasitic diseases such as malaria (Plasmodium sp.) but also of Wuchereria bancrofti and Brugia malayi, the agents of lymphatic filariasis.

The fly could be a formidable entomological weapon. It can transmit up to 100 different pathogens, including cholera, typhoid, salmonellosis, dysentery and a number of parasitic worms. It can also be the vector of viral diseases such as poliomyelitis, enteroviruses and viral hepatitis. Flies infected with the cholera bacillus have been dropped by the Japanese army to spread the disease on Chinese cities.

It should be noted that houseflies are becoming increasingly resistant to the main insecticides commonly used.

Ticks are vectors of diseases affecting poultry, livestock or humans. They can transmit bacteria, protozoa and viruses. Avian aegyptianellosis in poultry and babesiosis in livestock cause significant losses each year in the USA. In humans ticks also transmit a number of diseases such as Lyme disease, spotted fever or meningoencephalitis. Lice transmit typhus, recurrent ragweed fever, trench fever.

For the history we will remember that the Russian campaign (1812) and the disastrous retreat of Moscow were particularly marked by the presence of typhus. Hunger, fatigue, and icy temperatures (-30°C) brought the soldiers closer together in wealthy shelters. The unfortunate were thus able to easily communicate typhus which killed several thousand of them. For example, among the 36,000 men besieged by the Russians in Danzig, 13,000 died of typhus and 10,000 civilians !

Pathogens in livestock cause deep bleeding wounds and are responsible for leukaemia and infectious anaemia.

It was seriously considered as an entomological weapon by the countries of the 2 camps during the second world war.

The female of this insect can lay up to 800 eggs. Adults, like larvae, devour potato leaves and even exposed stems and tubers.  The amount of leaf consumed is estimated over the entire larval life of the Colorado beetle between 35 and 45 cm2. An adult insect can consume about 10 cm2 of foliage per day. There is therefore a significant decrease in yield accompanied by food toxicity due to the synthesis of a toxic glycoalkaloid defense by the plant.

France and Germany have considered the use of this weapon on opposing cultures. The Germans even dropped 54,000 CPBs south of Frankfurt to test their effectiveness.

They are lepidopteran larvae (moths, butterflies). Herbivores, they can eat the leaves causing great damage. In 1990, the US invested 6.5 million dollars to study their capacity as an entomological weapon.

The simuli or black flies. They are 3 to 6 mm midges that feed on the blood of poultry and cattle. Mortality is due to acute toxemia. They can also transmit parasitic diseases as in humans in which it transmits Onchocerca volvulus.

The hypodermis or varon (varron)

For animals and humans, infestation by the varron causes a disease called hypodermosis: the larvae develop and dig their way into the muscles, into the spinal canal along the spinal cord, into the wall of the oesophagus… Their presence causes a migrans Larva syndrome. The US has been working on the possibility of using them as an entomological weapon.

The female is attracted to livestock wounds and lays up to 340 eggs that hatch after 12 to 24 hours of incubation; the larva immediately begins feeding by sinking into the flesh from the wound. After three larval stages, the larva leaves its host and drops to the ground, where it buries to form a pupa from which a new adult emerges.

The wound produces a characteristic odour often not perceived by humans, but which attracts other full female flies which then come to lay in the same wounds, aggravating the infesting process, which can be fatal without treatment. The female can lay up to 3,000 eggs and travel up to 200 km to find a host.

While clearly prohibited by the 1972 Biological and Toxic Weapon Convention, the status of the use of non-infected insects against crops is not clearly defined.

The entomological threat may be topical at any time. The use of this weapon is inexpensive and the consequences can be significant. They can affect humans but also crops and livestock. Legally prohibited, these weapons could be used by terrorists. One way to curb it is through the monitoring of imports and exports at airports by entomologists on security teams.