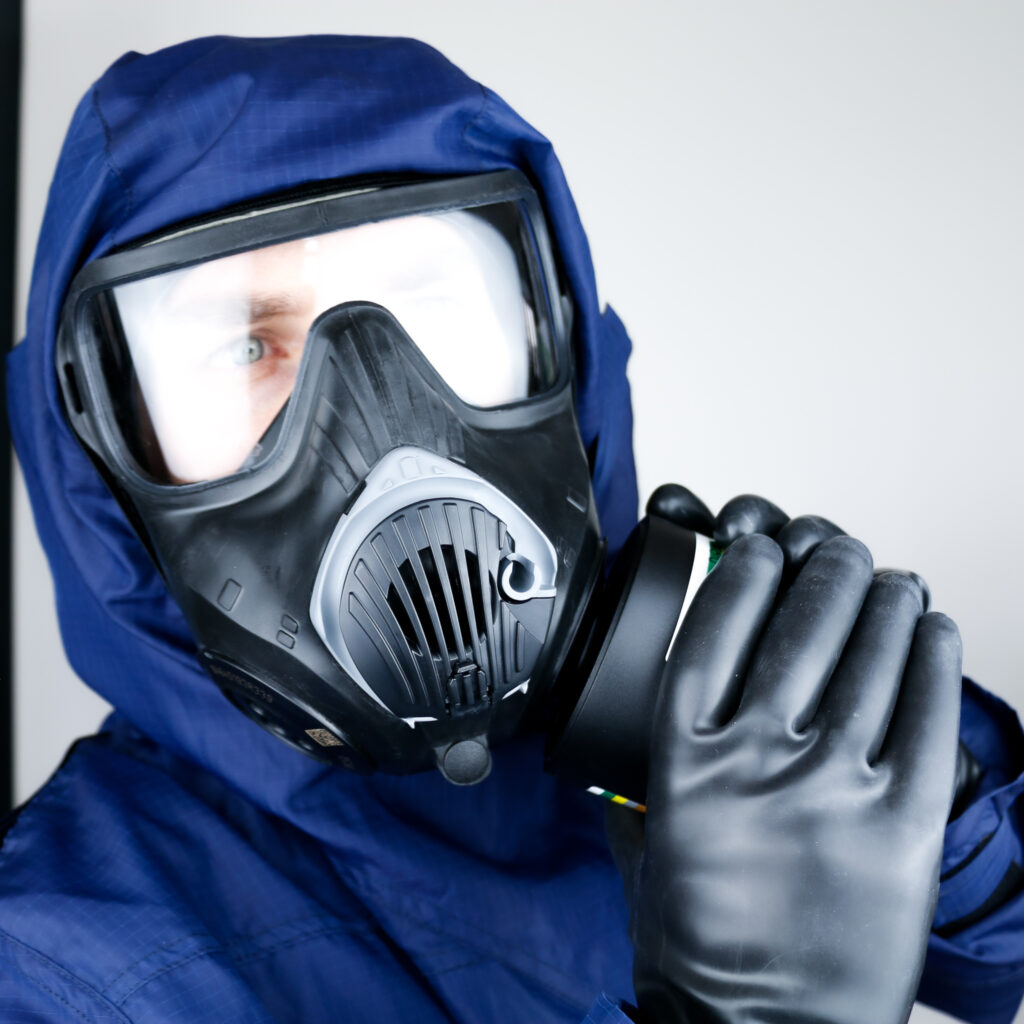 What is it all about?

The Global Terrorism Database (GTD) (US Department of homeland security) documents more than 200,000 international and domestic terrorist attacks that took place around the world from 1970 to 2019. By providing details on different aspects of each attack, the GTD database informs analysts, policy makers, academics and journalists about patterns of terrorism.

Data collection is ongoing and updates are published annually.

I have extracted events involving chemicals from this database to analyze their main characteristics.

However, the original document, which is an Excel spreadsheet with 201,183 rows and 45 columns, has been oversimplified in order to derive pedagogical results. It is quite obvious that the fine analysis of such results is extremely complex and that I will not venture into it, all the more so since, over the years, some new data have been introduced and therefore non-existent in the balance sheets of previous years.

The few conclusions drawn here have been reached thanks to what I often call “incorrect but suggestive reasoning”.

I, therefore, present to you what is a purely descriptive (and personal!) study.

What is a terrorist act according to the GTD?

The GTD defines a terrorist attack as the threatened or actual use of illegal force and violence by a non-state actor to achieve a political, economic, religious or social objective through fear, coercion or intimidation.

The incident must be intentional, the result of a conscious calculation on the part of the perpetrator.

Perpetrators must be infra-national actors. The database does not include acts of state terrorism.

Criterion 1 – The act may be political, economic, religious or social.

The violent act must aim to achieve a political, economic, religious or social objective. This criterion is not met in cases where the perpetrator(s) acted for purely profit-making purposes or for personal reasons unrelated to the general development of society.

Criterion 2 – The intent of the act is to coerce, intimidate or make its cause known to a wider public than the immediate victims. Evidence may include, but is not limited to, statements before or after the attack by the perpetrator(s), past behaviour of the perpetrator(s), or the particular nature of the target, weapon or type of attack.

Criterion 3 – The act concerns external international humanitarian law. The act is outside the context of legitimate warfare activities in so far as it targets non-combatants.

Terrorist acts are classified according to

The purpose of this study is to focus more specifically on events where the type of weapon was “chemical”.

During the 49 years there have been 201,183 events in total, about 4,000 per year or 340 per month.  During the same period, chemical weapons were used 344 times, about 7 times a year. I recall here that, by definition, terrorist events are the work of “non-state” actors, so the use of chemical weapons strictly speaking by states is not counted here.

Of all terrorist acts, the use of chemical products therefore represents only about 0.17%.

By way of comparison, explosives were used in nearly 50% of cases and firearms in 32% of cases.

The number of cases involving the use of biological weapons is 36, we will have the opportunity to discuss this in a future article.

As for France, 4 attacks are listed:

– On 4 April 1973, 2 attacks were directed against Turkey and perpetrated by unarmed men from the Armenian liberation front, one at Orly airport and the other against diplomatic personnel using tear gas. No deaths, no injuries.

– On October 1, 1978, Israel was the target of the Arab Revolutionary Army against a food trade. The molecule involved was mercury but I did not find any trace of these different incidents on the internet. The place is not listed .

– On October 4, 1994, the Rey-Maupin affair took place in Paris, the police being the target. There was hostage-taking, use of firearms and tear gas bombs. Result: 4 dead, 6 wounded. Audry Maupin died the day after the attack.

The facts I have retained

– In 1987 in the Philippines, 19 people were killed and 140 injured in a mass poisoning by distribution of water containing pesticides. It was the gendarmerie that was targeted. No claims were made and the investigation was unsuccessful.

– On 15 June 1990 in Sri Lanka, members of the “Liberation Tigers of Tamil Islam” attacked a Sri Lankan military base using chlorine. The attack left 1 dead and 60 wounded.

– On 31 March 1992, in Antananarivo (Madagascar), an armed assault is carried out during a meeting. It was perpetrated by the “Mouvement Militant pour le Socialisme Madagascan” (MMSM). Tear gas and firearms caused 8 deaths and 40 wounded (199203310014).

– On 1 January 1994 in Dushanbe, Tajikistan, champagne was served in a military camp. It was poisoned with cyanide. It was the Russian military forces in Tajikistan who were the target and members of the Tajik opposition who were responsible for the attack. At least nine soldiers and six civilians died. Nearly 53 others were poisoned.

– In 1995, the sarin gas attack in the Tokyo subway. We have already discussed it here. The death toll was 13 dead and 5,500 wounded. The Aum sect was responsible.

– Several other gas attempts were carried out the same year in Yokohama (Japan). They resulted in 716 wounded.

– In 1999, the FARC killed 65 people during an attack with tear gas grenades on a naval base in Jurado, Colombia.

– On March 17, 2000 in Kasese, Uganda, supporters of the “Movement for the Restoration of God’s Ten Commandments” were poisoned while drinking tea contaminated by an unknown chemical. In this case the target was clearly identified as religious.

– On May 23, 2002, in Zimbabwe, members of the “Johanne Marange Apostolic Church” were targeted. Seven people were killed and 47 injured by drinking tea poisoned with pesticides.  A 4-year-old child was among the victims.

– In 2007, 3 suicide bombings in Iraq carried out by Al Qaeda against the police left 23 people dead and 380 injured. The trucks that exploded were loaded with chlorine.

– In 2009, 4 gas attacks targeting educational institutions took place in Afghanistan. They resulted in 1 death and 207 injuries.  Toxic gas was used by the Taliban who carried out these attacks.

– Then we note a series of poisonings, generally directed against schools for young girls in Afghanistan, which took place between 2010 and 2015. Usually carried out by the Taliban, these attacks resulted in more than 1,700 casualties. The means used were very diverse: poisoning of food or water, bleach on fruit and in drinks, dispersion of gas and toxic materials in the atmosphere…(these events are identified in the final table).

– From 2014 onwards it is the Islamic State in Iraq that constitutes the major part of the “chemical” events. We have already talked about it in this blog and we could make a full chapter of it. There have been 51 dead and 17,889 injured in these attacks.

What about the chemical risk currently in France?

We have just seen that the chemical risk represents only a very small part of terrorist acts, far behind explosives and firearms. Nevertheless, it should not be underestimated. Nuclear, Radiological, Biological, Chemical (NRBC) risks are a growing threat all over the world. France is preparing for them.

“The fight against this threat is also their very first expectation towards the security services, whether internal or external, and towards the armed forces”, said Florence Parly, Minister of the Armed Forces in her statement before the 4th helicopter regiment of the Special Forces Land, in Pau on June 13, 2019.

Faced with such a threat, an inter-ministerial circular was adopted on October 2, 2018. Aimed at the main public services that would be called upon to intervene on the ground, it defines the means of rescue and care and determines the procedures to be implemented in the event of an attack or chemical attack. This circular, issued at the request of the Prime Minister, updates the national doctrine on the use of rescue and care resources to be adopted in the event of terrorist action or a major accident, adopted in 2008.

In this context, Ouvry® offers “dual” PPE for defense, law enforcement, first aid (firefighters, SAMU), critical infrastructure operators such as EDF or RATP, as well as the chemical industry and agriculture”.

This large database makes it possible to take stock of the various terrorist attacks. Even if those involving a chemical agent are in small proportion, nothing shelters us from such an event, knowing that terrorism has no borders. And we have not yet discussed individual attacks using acid bottles, for example on law enforcement officers during demonstrations. These acts are not yet listed, but they are taken into account in the strategy for the protection of law enforcement personnel.

The following references can be added