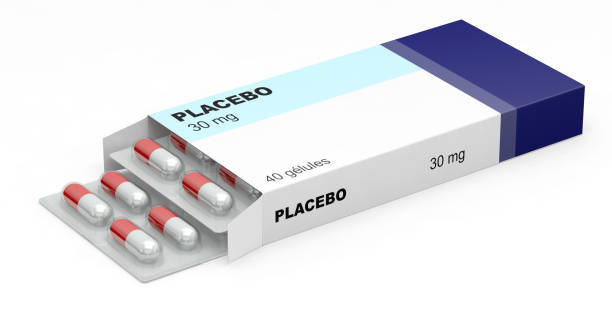 Is the placebo effect a reality or a “fake”? Is there a reverse effect?

We often talk about the placebo effect, especially when it concerns homeopathic treatments, with a touch of derision.

What is a placebo?

A placebo is an inactive substance with no therapeutic effect, administered as if it were a treatment. The first placebo seems to have been used by the American physician Henry Beecher (1904-1976) on the front line during the Second World War. Towards the end of the war, there was a lack of morphine to operate on the soldiers: the doctor then chose to inject a saline solution, pretending it was morphine. The soldiers calmed down immediately and reacted as if they were really under morphine: they were successfully operated on without anesthesia until the end of the war. In 1955 he wrote a clinical synthesis on 1082 patients treated in a double-blind fashion (morphine versus saline) and thus determined that the number of “placebo responders” on post-operative pain was 30% (a figure that has since been considered somewhat overestimated).

It has been defined as a therapeutic effect (the relief of symptoms) obtained by the administration of a placebo. The Ebers papyrus, written in the 16th century B.C., lists 842 medical prescriptions in Egypt, 700 of which are recognized as true medicines, the other 100, which contain no active substance but are nevertheless effective, being what would later be called placebos.

The phenomenon was then evoked by Paracelsus who described the placebo effect due to the doctor. Then, in 1628, Robert Burton was the first to give a concrete definition to the placebo effect by noting the positive action of the patient’s trust in the person who is treating him.

The placebo effect is not restricted to the administration of medication but also exists in the case of Sham procedures (surgery during which the procedure supposed to be therapeutic is not performed) during knee osteoarthritis operations for example. In an experiment, the reduction of pain was similar in the 2 groups, operated or not! (this leads us to reflect on certain ethical problems!)

The typical example of the placebo effect is homeopathy: a study published in The Lancet (August 27, 2005) has clearly shown that if homeopathy is an active therapy, its results are not greater than those obtained with a placebo. Nevertheless, if the placebo effect brings a benefit to the patient, it must be considered as quite valid and must be maintained. But we must be careful, homeopathy, and therefore the placebo effect that results from it, cannot work against bacterial infections or cancers for example.

The suggestion: it has been shown that when a doctor makes a precise diagnosis and tells you that recovery will not be a problem in cases of pain, headaches or other back pain for example, the patient gets better in 64% of cases, with or without taking a placebo, whereas only 39% of patients who have been given an unfavourable diagnosis get better. This is also known as the “doctor effect”: we always get better with an empathetic doctor than with a cold and unpleasant one.

Conditioning is comparable to Pavlov’s reflex: a patient treated with a placebo will already feel better if he has already reacted positively to an active treatment. If the placebo effect works in animals, it is largely due to conditioning.

Waiting for the results

Waiting for results: when the patient assumes that the treatment will not work (as many do with homeopathy), he or she expects nothing from the treatment, which will have no positive effect on him or her. It is also curious to note that some patients who are told that they are going to be treated with a placebo accept it, all the more willingly because they are waiting for a positive result (why not try it?)

Physiologically, it has been clearly demonstrated that there can be a release of dopamine or endorphin when taking a placebo painkiller. This is further proof of the effective action of the placebo!

From the Latin: “I will harm”, this term was introduced in 1961 by the physician Walter Kennedy. One in four patients would be subjected to it. It is a kind of placebo that has gone wrong; it can intoxicate, cause side effects (dizziness, headaches, diarrhea, allergies, menstrual pain…), and even addiction: one can become “addicted” to a totally neutral product.

This is the opposite phenomenon of the placebo effect. The nocebo effect can then be considered as an undesirable side effect of a placebo.

Generally, the nocebo effect acts by suggestion: the patient, believing that he is taking a drug, is likely to recreate, by suggestion, the undesirable effects that he may have heard about from his friends or in the media, or that he has simply read on the package insert. But this nocebo effect can also occur when a person is actually taking an active drug to which, under the action of suggestion, undesirable side effects are attributed.

Application to the side effects of the anticovid vaccine

Two thirds of the reactions to the Covid vaccine are not due to the vaccine but to the nocebo effect.

In this 2022 study, data from 12 Covid vaccine trials were analyzed and showed that the “nocebo effect” was responsible for about 76% of all common adverse events after the first dose and nearly 52% after the second.

The results suggest that a significant proportion of mild side effects, such as headache, short-term fatigue, and arm pain, are not produced by the components of the vaccine, but by other factors related to the nocebo response, including anxiety, expectation, and misattribution of various ailments from being vaccinated.

The authors analyzed adverse events reported in a dozen clinical trials of Covid vaccines. In each trial, people in the placebo group received inactive saline injections instead of the vaccine. The study did not look at serious and rare side effects such as blood clots or heart inflammation.

The researchers describe how, after the first injection, more than 35% of people in the placebo groups experienced so-called “systemic” side effects, such as headache and fatigue, and 16% reported site-specific symptoms, including arm pain, redness or swelling at the injection site. When the researchers looked at side effects after the second injection, they found that the rate of headache or other systemic symptoms was almost twice as high in the vaccine group compared with the placebo group, at 61% and 32%, respectively. The difference was even greater for local conditions, reaching 73% in the vaccinated group and 12% in the placebo group.

Overall, the researchers calculated that about two-thirds of the common side effects reported in Covid vaccine trials were due to the nocebo effect, particularly headache and fatigue, whereas many Covid vaccine brochures listed these as the most common adverse events after an injection.

Based on their findings, the researchers say that better public education about nocebo reactions could improve adoption of the Covid vaccine by reducing the concerns that cause some people to hesitate.

“Telling patients that the intervention they are taking has similar side effects to placebo treatments in randomized controlled trials does reduce anxiety and encourages patients to take a moment to think about the side effect,” said Ted Kaptchuk.

The placebo effect exists and is often beneficial to the patient. As for the nocebo effect, we are faced with an extremely complicated problem. In the case of anti-viral vaccination, for example, the presence of side effects after vaccination depends on a number of considerable factors, including the list of side effects listed on the vaccine leaflet (available to all on the internet), the expectations of the vaccinated person, his or her fears and, above all, his or her reception of the delirious comments made by anti-vaccinators circulating on social networks…

On the other hand, it seems that a clear and frank explanation of the nocibo effect could help reduce side effects.