Poisoning of children with chemicals and medicines: a serious and recurrent problem 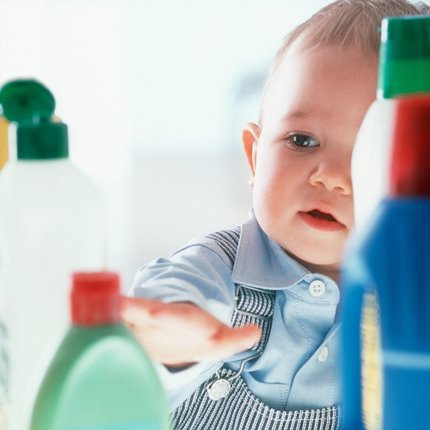 Poisoning in children is usually characterized by delirium, convulsion or decreased consciousness. In children under 5 years of age, poison ingestion is unintentional, while in adolescence, self-harm or accidents due to alcohol or drug use appear.

The diagnosis must be made quickly in order to treat effectively. We will therefore see the main syndromes corresponding to toxins and the effects on the nervous system.

Poisoning in children is a common medical problem, neurological manifestations are important, the recognition of toxidromes is fundamental because toxicological screening is generally of low value in acute poisoning.

New challenges have emerged for toxicologists, paediatricians and neurologists due to the availability of illicit drugs, exposure in the environment to well-known toxins such as lead, and new complex industrial organic compounds

In addition to these potential dangers, there are now medical errors, chemical terrorism, exposure to toxic gases, occupational exposures, radiation and also mass food poisoning. This is why 2 new disciplines have been created: toxicogenomics and nanotoxicology. The first studies the susceptibilities of people to particular substances and the second studies the toxicity of nanoparticles in size does not exceed 100 nanometers and which can be fixed on the nervous system or bone marrow.

In the United States, more than half of the calls received at poison control centers are directly to children.

When intoxication is suspected, the most complete anamnesis possible should be obtained for drugs used at home, herbal food supplements, substances used in the outdoor environment. All the clinical signs indicate the toxidrome we have already mentioned.

The substances imitate the stimulation of the sympathetic nervous system. They increase heart rate, dilate bronchioles, and generally cause blood vessels to contract (vasoconstriction). This results in hypertension, tachycardia, mydriasis, diarrhea. This trend is frequently observed among adolescents and is associated with cocaine, amphetamines and, among young children, accidental exposure to stimulants. Sympathomimetic toxicity can lead to stroke, convulsions and serious infectious complications. Sedation is the cornerstone of therapy. Patients who inject amphetamines or cocaine may develop endocarditis.

Children exposed to anticholinergic overdoses have agitation, mydriasis and tachycardia. The drugs concerned are amines (atropine…), antihistamines, antidepressants or antipsychotics.

Cholinergic toxicity is a result of acetylcholinesterase inhibitors. Organophosphates have a generally irreversible action, while the action of carbamates is generally reversible. Organophosphates are used as pesticides, while carbamates include various pharmaceutical products, including physostigmine, neostigmine, rivastigmine. Worldwide, nearly 300,000 people die each year from organophosphate poisoning. Cholinergic toxicity is characterized by myosis, bradycardia, bronchorrhea, urinary and fecal incontinence and convulsions. There may be rapid loss of consciousness, convulsions and inhibition of the spinal cord breathing centre. Chemical warfare agents G and V are also organophosophores that can reach children when used in war zones.

Lead remains a common environmental toxin in children (e. g. lead paint piping). Older children and adolescents suffer from fatigue, abdominal pain, back pain, myalgia and paresthesia. Young children have problems with concentration, memory and learning.  Generally, these sequelae are irreversible. Acute lead poisoning in children may be secondary to lead ingestion or inhalation: vomiting, apathy, bizarre behaviour, followed by convulsions, delirium and coma. Patients may develop cerebral edema. It is important to note that “acute” seizures can be the culmination of the increase in lead body burden following continuous exposure.

Poisoning is the second most common cause of accidents in children’s daily lives after trauma and before burns. Fortunately, in most cases the clinical effects are minimal and a simple stomach lavage or administration of an absorbent agent such as activated charcoal and/or a vomiting or bowel evacuation agent is sufficient to eliminate the toxic product. However, there are still many fatal cases.

Remember that environmental products such as carbon monoxide or plant products (mushrooms, berries, plants) can also cause poisoning.

It is a multi-level process; actively, parents must prevent children’s access to the medicine cabinet, for example, as well as to household products; passively, the containers of household products and medicines such as syrups are equipped with a cap that can only be opened by an adult.