Temik and other carbamates 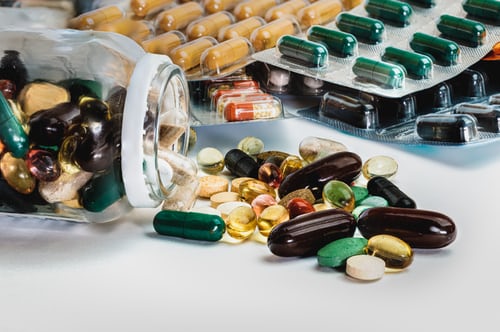 The media reports that when his verdict was announced, a convicted person attempted suicide by ingesting a toxic product that he had hidden in his clothes.

The Amiens prosecutor states that “The ingested product (…) is a pesticide called Temik”.

It is an extremely dangerous product whose commercialization is strictly regulated in France and Europe and which has effects on both the nervous system and the cardiovascular system.

This is an opportunity for us to study this toxic product in more detail.

The active ingredient of Temik 10 G is Aldicarb or methyl-2(methylthio)-2-propionaldehyde Omethylcarbamoyloxime. This substance belongs to the carbamate family.

It is used for its insecticidal and nematicidal properties. It is a colourless or white crystalline solid with a slightly sulphurous odour.

The product is moderately soluble in water and is easily retained by organic matter in the soil causing significant environmental toxicity.

Aldicarb has a structural analogy with acetylcholine.

Aldicard is rapidly metabolized into alldicard sulfoxide and sulfone. These 3 products are acetylcholinesterase inhibitors. The molecule is positioned on the active site of the enzyme by preventing access to acetylcholine, which is therefore not hydrolyzed. We have already described this phenomenon for organophosphates but in the case of carbamates, the binding is spontaneously reversible (in vitro half-life of 30 to 40 minutes)

It rapidly causes reversible inhibition (within minutes to 6 hours, usually within 2 hours) of acetylcholinesterase activity in the nervous system and tissues.

The carbamate binds to the anionic site of acetylcholinesterase through its N+ then the molecule is split and occupies the active site of the enzyme. Competitive inhibition at the active site by carbamylation of the active site is reversible unlike organophosphates which, by binding by phosphorylation, produce strong covalent bonds.

Digestive absorption is very fast and almost complete, which makes it a choice molecule for suicide. Thanks to lipophilia, percutaneous penetration is good. There may be respiratory toxicity (dust, aerosol). The intrinsic toxicity is very high. It is neither genotoxic nor carcinogenic.

Acute toxic effects must be distinguished from chronic effects

In case of mild intoxication, fatigue, weakness, dizziness and blurred vision will be observed. If the intoxication is more severe, headaches, sweating, tearing and vomiting will appear. In severe cases there are intestinal cramps, incontinence, diarrhea, hypersalivation, bradycardia, myosis and breathing difficulties that can lead to death.

Repeated exposures can lead to the symptoms described above. There is no accumulation of the product in the body.

All clinical signs are grouped together in a Toxidrome called “cholinergic syndrome”.

Albicardia and its metabolic products pass rapidly through the urine and a small part is eliminated by the bile.

In case of inhalation it is advisable to take the person to a ventilated area and put them on artificial respiration. In case of contact with eyes, wash with water for at least 5 minutes, or until the product has been completely removed, to remove the product. In case of skin contact, it can be decontaminated with water.

After ingestion, the mouth should be rinsed and the poison control centre or doctor should be informed immediately.

The first-line antidote is atropine at very high doses due to its antagonistic action on post-synaptic acetylcholine receptors. The use of Pralidoxime is not recommended for carbamate intoxications.

Clinical improvement of patients is generally due to spontaneous cholinesterase regeneration. A non-fatal case is quickly reversible.

Phytosanitary product used as a pesticide since 1965. Banned in the European Union, France has been exempted until 2007 for sugar beet and vines. It is not impossible that stocks have been built up for fraudulent use.

We will report here some characteristic clinical cases.

A couple with signs of cholinergic crisis was admitted to hospital. High performance liquid and gas chromatographic analyses – mass spectrometry on serum, urine and stomach contents collected a few hours after the first symptoms revealed the presence of Aldicarb. An attempted murder was suspected because the patients showed the first signs a few minutes after drinking coffee on their way home and no commercial products containing Aldicarb were found in the house. Due to the reversibility of acetylcholinesterase inhibition, patients recovered after treatment with atropine and Toxogonine. They left the hospital after 12 days.

A 7-month-old girl ingested Aldicarb powder for rose plants. Signs included myosis, muscle contractions, excessive secretions, spontaneous evacuation of the bladder and intestines, convulsions and cyanosis requiring assisted breathing. A total of 105.6 mg of atropine was administered; recovery was complete and the child was discharged from hospital on day 6.

A group of Californians got sick after eating watermelon during a picnic at a party…. Out of 1,300 complaints, 638 cases of Aldicarb poisoning were considered “probable” and 344 “possible”… A child had seizures, a middle-aged woman almost died and a child was stillborn as a result of the poisoning.

Countless cases of animal poisonings have been reported.

The general class of carbamate-based chemicals has a wide range of ecotoxicities and toxicities, ranging from very mild toxicity to severe and even fatal neurotoxic effects.

Two families of carbamates with positively charged amine groups (one containing a carbamate group, the other containing two) have recently been proposed for prohibition under the Chemical Weapons Convention.

Carbamates bind less with acetylcholinesterase than do organophosphates, making them more easily eliminated from the body. The subgroup of products containing one or two carbamates and containing two positively charged quaternary amines has particular properties, it is likely that these amines have been added voluntarily to increase the ability of these molecules to penetrate the neuromuscular junction in order to exacerbate the inhibitory effect of acetylcholinesterase. Proposal No. 4 of the 1st proposal to update the CWC Annexes (1993) addresses these two subgroups of carbamates (a decision is expected in November 2019).

Banned by the European Union

Since 2003, Aldicarb – Directive 2003/199/EC – has not been included in Annex I to Directive 91/414/EEC: it may therefore not be used in plant protection preparations marketed in the territory of the European Union (derogation period in France for vines and sugar beet, with a prohibition on sale after 30 April 2007, and prohibition on use after 31 December 2007.

The purpose of this additional period is to allow for the development of an effective alternative to the substance concerned, in cases where their use does not present an unacceptable risk and their withdrawal causes a technical impasse of particular economic importance.

Toxicological and ecotoxicological properties are taken into account for these prohibitions.

Carbamates were the first anxiolytics to be introduced. This drug class appeared in 1950 but was gradually replaced by benzodiazepines.

Carbamates are believed to act on GABA neurotransmitter receptors. This is the case with Equanil® IM (meprobamate), which had a rapid but short-lived action.

It was used for its muscle relaxant and anxiolytic properties, particularly for alcohol withdrawal. It was withdrawn from the French market in January 2012.

Drug treatments are currently not able to cure Alzheimer’s disease. They do not allow us to stop its evolution completely.

Four drugs, including 3 acetylcholinesterase inhibitors, are currently on the market. They are intended to treat some of the patient’s symptoms but they do not prevent the disease from progressing. The drugs are Donepezil (Aricept), Rivastigmine (Exelon), Galantamine (Reminyl) and Memantine (Exiba).

Their effectiveness has been shown to be minimal and transient. They are difficult to handle due to disproportionate adverse effects and expose to many interactions. None of these drugs have been shown to be effective in slowing the progression to addiction and expose people to serious, sometimes fatal, adverse reactions. However, they are used in prolonged treatment and involved in dangerous interactions. The important thing is to focus on helping the people around you to organize their daily lives, maintain their activity, support and help them. That is why the journal “Prescrire” advises to exclude these acetylcholinesterase inhibitors from care.

Myasthenia gravis is a pathology of neuromuscular transmission. It results from the blocking or alteration of post-synaptic nicotinic receptors in the context of an autoimmune process. It results in a neurological symptomatology with a type of muscular fatigability that varies both in its location and severity.

They prolong and increase the muscarinic and nicotinic effects of acetylcholine, namely the intensity and rhythm of muscle fibre contractions.

If Aldicarb is no longer allowed in phyto-pharmaceutical formulations, the suicide attempt that has just occurred clearly shows us that the toxic product is still circulating in an illegal manner.

Cases of poisoning are still described here and there in the medical literature and that is why emergency physicians are confronted with this type of cholinergine toxidrome, the difficulty for them being to distinguish between organophosphate and carbamate poisoning, the dosage of atropine having to be significantly increased in the latter case while the use of pralidoxime can be harmful.