The history of medical masks: why did we switch from reusable to disposable masks? Was it the right choice? 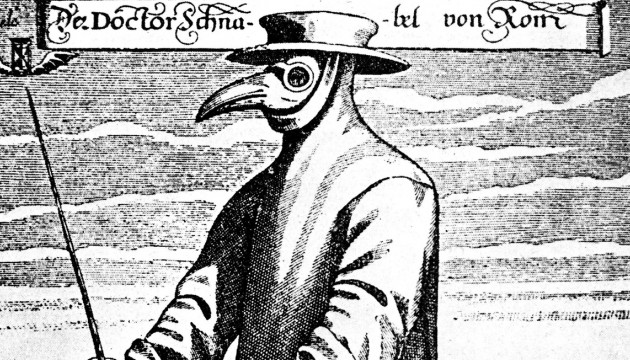 What’s this all about?

The pandemic at Covid-19 seems to be going away. For us scientists, it has revealed a very large number of lessons: how to deal with such an emerging virus?

More seriously, we have witnessed a split in the medical world between dogmatists who believe in double-blind tests (often linked to the big pharmaceutical laboratories) and pragmatists who are often city doctors who closely follow the condition of their patients by administering their own treatment.

Another historical fact of which we scientists were already aware before the epidemic but which has come to light: the little trust to be placed sometimes in studies appearing in the major scientific journals. And yes, we may be seeing the downfall of a very large medical publisher “The Lancet”.

But it is also the strategies of prevention that are questionable with the controversy concerning the wearing of masks leading to a bad strategy obviously dictated by the lack of masks. To repair the mistake, billions of masks have been manufactured (most of them abroad), surgical masks and FFP2 in non-woven: but how did we come to have all these masks made of “plastic”? A historical reminder is necessary…

The invention of the mask in the health field

The first masks appeared during the great black plague of the Middle Ages. Plague doctors wore a large leather tunic, gloves, boots, a hat and a mask in the shape of a bird’s beak. This large nose contained aromatic herbs. It is now better understood why this garment really protected the doctor: the leather kept away fleas, which are known to carry the disease, and the herbs in the nose, apparently placed there to mask the smell of corpses, have antiseptic properties, thus neutralizing bacteria passing directly from one individual to another in the pulmonary phase of the disease.

Closer to us, Pasteur showed that diseases could have a microbial origin, and then the British surgeon Joseph Lister (1827-1912) developed in 1867 an antiseptic method by spraying a patient’s open wound with phenol to prevent superinfection. In 1897, Johann Mikulicz and Carl Flügge, who had just shown that the sprays were full of pathogenic microbes, were working at the hospital in Breslau (Wroclaw) in Poland. They came up with the idea that, rather than treating the germs that settle on the wound, perhaps it would be better to prevent them from reaching the operating field by wearing a mask which they describe as a piece of gauze tied with two cords to the cap and which covers the nose, mouth and… the beard. The surgical mask was born.

The mask also protects the wearer against infection

The wearing of an “anti-pestis” mask during the epidemic in Manchuria in 1910-1911 saved the lives of many doctors, for whom it was initially intended, and was later extended to the patients themselves and then to the whole population: prophylaxis by wearing the mask was born and it was reproduced during the great Spanish flu of 1918. It has been proven that the obligatory wearing of masks in San Francisco during this epidemic was responsible for the very significant reduction in deaths. And you know what? At that time its use was already very controversial!

From now on, in addition to protection in the operating room, the mask protects its wearer against infection.

The mask continues to develop

Usually composed of layers of cotton with sometimes an additional outer layer impermeable to droplets, the mask develops by mixing antibacterial, anti-dust and anti-gas properties. Numerous patents were registered. In all cases, it is washable and sometimes sterilizable.

As early as 1930, medical masks began to be replaced by disposable paper, and in 1960 single-use non-woven synthetic fibre masks appeared. Some of them have a shape more adapted to the face and make it possible to filter not only the outgoing air but also the incoming air (FFP masks). But, of course, they lose their filtering capacity when sterilized, so they are part of the new “all disposable” hospital system with syringes, needles and many other materials. Less labour costs, less material management and… development of industries specialising in this field.

These very powerful and aggressive companies have flooded the medical and paramedical communities with advertisements promoting disposable products.

In a clever way, the studies sponsored by these large firms have excluded cloth masks from comparative tests, the last one published in 1975 nevertheless showed that a mask made of 4 layers of cotton muslin had superior filtering properties to non-woven masks provided that its design allowed minimal leakage from the face. In addition, some fabric masks have increased filtering properties with washing, which causes the fibres to tighten. At present, as no textile masks are commercially available, no comparison with synthetic masks is possible except for “home-made” masks which are cleverly suggested to be potentially dangerous!

It is true that the “general public” masks that developed during the Covid-19 epidemic can give new life to reusable masks, provided that they meet clearly defined requirements, both for the material but also for the shape and adaptation to the face. The information on materials and tutos sometimes left something to be desired! Further reflection in a post-Covid period will enable everyone to equip themselves with a reliable and reusable means of personal protection.

The disposable or the non-disposable?

Storage was therefore chosen with all the setbacks that appeared during this crisis: in 2010 after the threat of influenza A, France was storing 2 billion masks, the management of which was catastrophic to say the least: with the expiry dates having passed, forcing the authorities to retest apparently suitable batches, the destruction of a large number of batches that had become inactive or simply mouldy, and the disappearance of other batches, there were only 150 million left at the start of the Covid-19 crisis.

Moreover, very recently, we discovered that disposable masks have an appalling ecological impact: they can be found everywhere in city streets, in forests, in lakes and finally… in the sea! They represent not only a health hazard but also an ecological hazard. The duration of their degradation has been estimated at 400 years… The health crisis could therefore be followed by an environmental crisis.

So what to do?

Of course, these non-woven masks may still have a role to play in certain hospital situations due to their specificities, but their generalisation to the whole population is unreasonable to say the least.

In addition to face masks consisting of a single fabric filter piece held by elastics or cords, it is also possible to develop real masks consisting on the one hand of a synthetic skirt that can be washed, disinfected and reused over long periods of time, and on the other hand of a reusable or non-reusable filter, whose size, mass and bulk are much smaller than those of an FFP mask filter. These environmentally responsible FMP masks can be an “all disposable” solution. The features of the OCOV FMP mask will be of interest, as it is an efficient, reusable product with a small environmental footprint.

It is now accepted that wearing a mask is the very basis of protection against respiratory diseases (barrier gestures).

It seems that disposable masks are no longer appropriate for the protection of populations, both because of stocks that are difficult to control and because of the very negative ecological impact on the planet. The era of all-plastic, all-disposable masks should not be part of the “new world” after Covid-19.

Filter masks made of reusable fabric or FMP type masks with skirt and filter are undoubtedly a reasonable alternative.

The Art of medicine. A history of the medical mas and the rise of throwaway culture. Published online May 22, 2019.