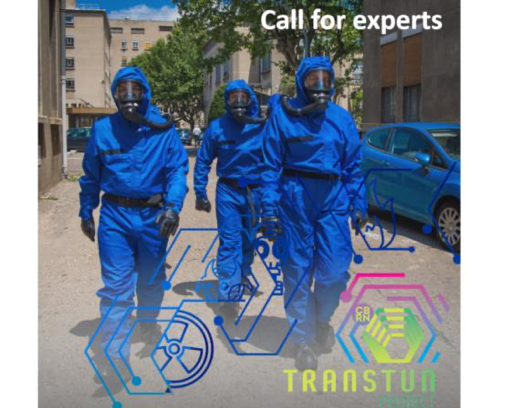 The underground world is a very special world: it can be populated by specialized workers such as those who dig tunnels (like the one in the Greater Paris Express underpass for example) or sewage workers (we will not talk about miners since there are no more of them in France). These professions are well aware of the risks inherent to the confined environment and they are generally the only ones to work in their workplaces.

On the other hand, other underground environments can accommodate the uninitiated public, such as road or rail tunnels, the metro, or even underground shopping malls.

In a road or rail tunnel, the risk is that of transporting hazardous materials in the presence of passengers. The accident in the Mont Blanc tunnel in 1999 is still in all our memories.

In a subway or a shopping mall, the major risk is fire (Baku subway in 1995 and London subway in 1987) or a toxic gas attack like the sarin gas attack in Tokyo in 1995. An additional element must be taken into account: the presence of the crowd always present in these places.

The Mont-Blanc tunnel extends 11.5 km between Chamonix in France and Courmayeur in Italy. It was opened on July 19, 1965, with work beginning in May 1959.

On March 24, 1999, a truck from France carrying flour and margarine started a fire 7 km from the tunnel entrance. It took 53 hours to suppress the fire and several weeks to identify the 39 victims, most of whom died by asphyxiation. Twenty-four heavy goods vehicles, 9 light vehicles and 1 motorcycle were involved in the tragedy.

The first investigation report pointed out an overwhelming series of malfunctions: limited capacity to extract toxic fumes, poor use of extraction ducts, unsuitable operation of traffic lights, absence of a safety gallery, poor coordination of Franco-Italian command posts, unsuitable safety instructions, insufficient means of intervention, and so on.

On October 28, 1995 an accidental fire broke out in the Baku metro in Azerbaijan, after the Ouldouz station. The train stopped in the tunnel and two cars of a four-car train were on fire. Panicked, the passengers try to flee. Rescuers found 337 dead and more than 270 injured. It was the most tragic accident in the history of the subways.

In London, on November 18, 1987, a fire broke out at King’s Cross St. Pancras Station at the level of an escalator. It was followed by a widespread flashover. In addition to the 31 victims who died, 19 were seriously injured and 80 were slightly injured but were hospitalized.

If fire is indeed the determining factor, it is accompanied by thermal aggression (1,000°C in the case of the Mont Blanc tunnel) and chemical aggression. Combustion leads to the production of fumes responsible for reduced visibility, soot inhalation and the transport of toxic chemical molecules. Combustion produces Carbon Dioxide CO2 (narcosis) and Carbon Monoxide CO (behavioral disorders and death). In this closed environment, oxygen depletion is felt from the concentration of 16% or behavioural disorders appear, at 12% the subjects lose consciousness and at 6% they die (the normal amount is 21%). All these factors combined cause uncontrolled movements of the victims and prevent their escape reflex: the majority of deaths are therefore due to smoke toxicity more than to burns. This is what happened in the Baku and London subway fires.

We have already described in this blog the events that led on March 20, 1995 to the death of 11 people and injured 5,500 in Tokyo, following the sarin gas attack perpetrated by the Aum sect.

Unlike the toxicity of fire smoke, the major problem is contamination by inhalation and/or contact. The secondary risk is that of transfer contamination causing toxicity delayed from a few hours to 2 days. For a good understanding of the consequences of sarin gas bioterrorist attacks, please refer to the article entitled “The sarin gas attack in the Tokyo subway: lessons learned”.

The problems related to these types of events are :

the visibility is very diminished in case of smoke or dust, which can hamper the emergency services;

psychological problems due to claustrophobia, lack of bearings and anxiety are often the cause of panic effects.

The newly launched European project is in charge of studying all these issues: it is the “Transtun” project.

The Transtun project is a public-private initiative that addresses the CBRN risk through chemical events in tunnels in the European Union. The main objective is to improve the preparedness and response of operators, emergency responders and member states to deal with CBRN threats in cross-border land tunnels.

Transtun engages operators and end-users across Europe to define, produce and test standard operational guidelines for an effective response to chemical events in cross-border tunnels in the EU.

Transtun will establish and facilitate a network of European tunnel operator safety managers in an effort to share best practices and standardize minimum processes and equipment standards.

What are the questions to ask?

What type of PPE to use? What chemical categorization and identification equipment should be used? What equipment for first aid and tunnel users? Test and compare different technologies to establish standard equipment, evaluate performance gains and operational capacity by measuring intervention time and the number of people needed by comparing different technologies. What means of detection? decontamination?

These are all questions that the participants of the “Trantun” project will try to answer in order to develop a rapid and effective response to deal with the release of toxic chemicals in an enclosed environment such as tunnels.