What are the differences between a conventional vaccine and a messenger RNA vaccine? 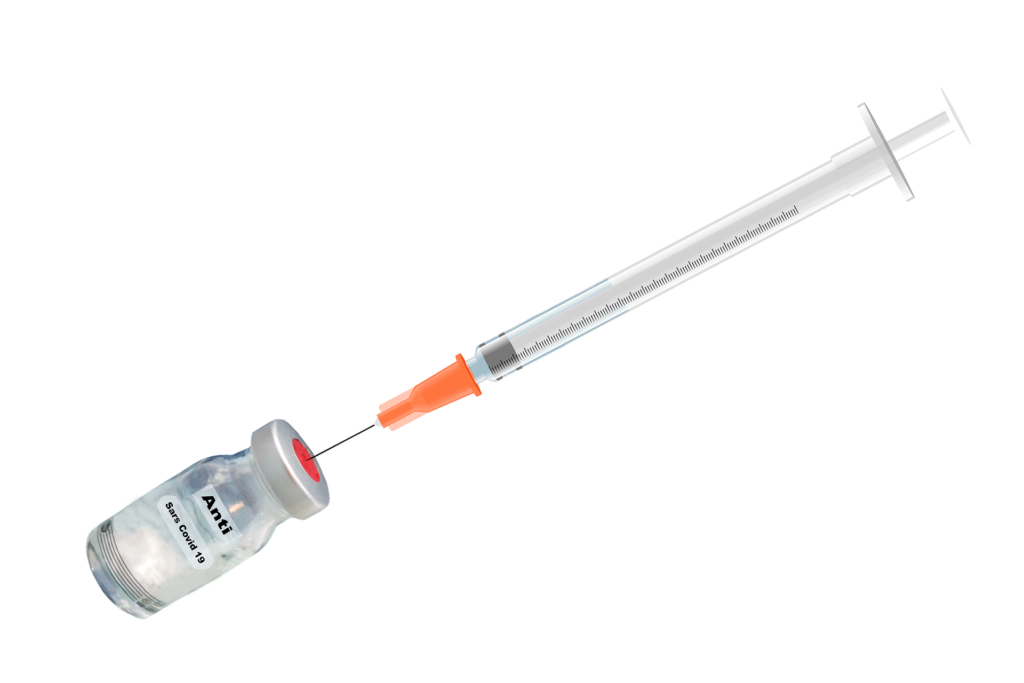 Vaccine has never been in the news so much

It must be admitted that if the scientists had wanted to sabotage their research work they would not have done it otherwise. Well helped moreover by poor communication on the part of politicians and by the continuous news channels always quick to provoke the division “The new vaccine has arrived” (a barely veiled comparison to our Beaujolais). It is enough to say this and to accompany his words with astonishment at the speed of development for thousands, even millions of Internet users to improvise themselves as experienced biologists and to pour out heaps of incoherent nonsense on social networks.

In the country of Louis Pasteur, one of the great precursors of vaccination, it is worth recalling what a vaccine is used for and how messenger RNA vaccines are different from conventional vaccines.

We have already talked in this blog about the discovery of the first vaccines, smallpox by Jenner, rabies by Louis Pasteur. These diseases caused hundreds of thousands of deaths until the vaccination stopped their progression to their total disappearance in some cases such as smallpox for example. Vaccination against measles in children also stopped the disease until a protest movement prevented the correct administration of the vaccine, which caused and still causes measles epidemics in unvaccinated adults. Measles is known to be a serious and even fatal disease in young adults, and I am not about to forget the absence from my lecture hall of almost 1/3 of the students who all had the disease in the 2000s, all in a climate of anxiety at the university. Currently, it is estimated that measles vaccine saves one million children around the world each year.

In addition to the mandatory vaccinations, yellow fever vaccination is required for travel to certain tropical areas of Africa and Central and Southern America where the disease is endemic. Cholera vaccination is mandatory for uniformed personnel (military and police) deployed in peacekeeping operations in cholera-affected countries for collective protection. Several other examples could be given.

Seniors get vaccinated every year against the flu and, for some, against Pneumococcal disease, also known as the old man’s companion, because it can lead to death.

In 1974, Charles Mérieux decided to devote all his production facilities at Marcy l’Etoile near Lyon to the manufacture of a vaccine to stop a deadly meningococcal A epidemic. These will operate day and night. Ten million people in São Paulo are vaccinated in five days, 90 million Brazilians in six months! The epidemic has been stopped.

And let’s not forget the veterinary vaccines that are so useful on our farms.

As the Covid-19 epidemic spreads panic and puts savings at a standstill, in the absence of treatment for the disease (reminder: neither hydroxychoroquine, which is inexpensive, nor Remdesivir, the price of which is tantamount to a deception, unfortunately fuelling suspicions of “big-pharma”, it appears that only an effective vaccine will be able to provide both personal and community protection capable of stopping the epidemic.

Since the emergence of SARS-Cov-2, a large number of scientific teams have sought to develop an effective vaccine using their own experience and technologies.

Chinese laboratories have used the oldest method, derived from that of Pasteur, which consists of inoculating a virus that has been inactivated by heating, formalization or genetic mutations that render it harmless.

Other laboratories have mammalian cell lines manufactured coronavirus S “Spike” protein, which, after purification, is injected into the patient with an “adjuvant” such as aluminum salts. This foreign protein will be recognized as foreign and will stimulate the immune system. This type of vaccine is being developed by Sanofi in association with GSK (GlaxoSmithKline).

Institut Pasteur is using its experience with live attenuated virus vaccines by modifying the RNA of the attenuated measles virus to produce Spike protein. The Sputnik V vaccine uses the same principle by having the Spike protein synthesized by an Adenovirus (cold virus).

What about messenger RNA vaccines?

Katalin Karikó, is a Hungarian biochemist born in 1955 and specialized in messenger RNA technique. Hungarian laboratories have few means and do not believe in her theories concerning the usefulness of messenger RNA introduced into cells to synthesize useful proteins. She fled Hungary in 1985 to join the United States but no research organization wanted her project and she was even fired in 1995 from the University of Philadelphia because of her stubbornness in presenting the same project over and over again! In 2005 she met the immunologist, Drew Weissman, and worked together on this technique by reducing the overly intense inflammatory response of the messenger RNA introduced into an organism and by developing its coating in a lipid particle. She now holds an important position at BioNTech, whose co-author, founder, owner, and already billionaire Ugur Sahin, is also an immigrant from Turkey.

A bit of molecular biology

The genes are present in the DNA (DeoxyriboNucleic Acid) of our cell nuclei.

They are “transcribed” into messenger RNA (RiboNucleic Acids) which are synthesized on contact with DNA = this is TRANSCRIPTION.

These messenger RNAs then come out of the cell nucleus and are positioned on organelles called ribosomes where a protein will be synthesized according to the messenger sequence! This is the TRANSLATION

So the sequence of a gene contained in the nucleus DNA is transcribed into an equivalent sequence of messenger RNA which is then read by the ribosomes to make a protein specific to the gene.

The principle of messenger RNA (mRNA) vaccines consists in synthesizing with molecular biology tools an mRNA coding for the “S” Spike protein of SARS-Cov-2. This protein is visible on the virus (all these proteins together form the “crown” of the coronavirus) and is used to attach the virus to cells. It is quickly spotted by the immune system, which will block it from attaching itself to the cells and thus avoid infection.

Introduced into the body, this messenger RNA is internalized in cells called “Antigen Presenting Cells” or APCs such as dendritic cells and macrophages. Inside the cell it will bind to ribosomes and guide the synthesis of Spike proteins which will then be presented by the MHC (major histocompatibility complex) to the B lymphocytes responsible for the formation of antibodies and the T cells at the origin of the cellular immune response.

Unlike conventional vaccines, the Spike protein is not introduced into the body to be processed by macrophage cells but is directly synthesized by these cells.

For more experienced readers, this mRNA is included in a lipid ball (liposome) designed to protect it but also to allow it to penetrate cells by membrane fusion. On the 5′ end of the RNA an additional piece (a “cap”) has been added to prevent it from being destroyed by exonuclease. A stabilizing sequence was added, followed by a polyA tail to recruit ribosomes. In the case of the Pfizer bioNtech vaccine, an additional replicase sequence allows this messenger RNA to self-replicate in the cell and thus increase the amount of molecules synthesized in vivo. This allows for a longer stimulation time.

Nevertheless, despite all the protections, this messenger RNA is very fragile and needs to be stored at -70°C. In the case of Moderna (Modified RNA) vaccine, an additional protector allows the vaccine to be stored at -20°C, making it easier to distribute.

This system has several advantages

These vaccines have a very high efficacy as the two currently in late phase 3, Pfizer/BioNtech and Moderna, have shown more than 95% efficacy. However, while these vaccines are known to prevent severe forms of the disease, little is known about their role in transmitting the virus from one individual to another.

The largest decline in messenger RNA vaccines is in the field of cancer control.

The objective is to design an anti-cancer immunotherapy in which messenger RNA is the drug. It synthesizes tumor-associated antigens. The objective of such vaccines is to stimulate the production of cytotoxic T lymphocytes, i.e. killer T lymphocytes, capable of destroying tumor cells expressing the antigen encoded by the messenger RNA. Encouraging results have been obtained against melanomas. As regards infectious diseases, results have been obtained against the influenza virus but also against AIDS and the Zika virus.

Other routes of administration have also been tested: intradermal, subcutaneous, intranodal (in the lymph node), intravenous, intranasal, etc. Similarly, to fight cancer, the administration of messenger RNA by the intratumoral route is being investigated as this strategy could take advantage of the presence, within a cancerous tumor, of resident T lymphocytes that could be rapidly and specifically activated.

Why has the development of such vaccines been so rapid?

It should also be noted that the amounts of money invested have been colossal.

In terms of authorizations, the health authorities put the files “on top of the pile” and analyzed them “on the fly” and not sequentially, which also saved a lot of time.

The companies started manufacturing the vaccines before receiving approvals, which meant that they took a big financial risk if they were refused, but also saved a lot of time. The joint intervention of big-data, artificial intelligence, collaboration between pharmaceutical giants and start-ups has produced excellent results. It is also the result of the marriage of innovation and industrial efficiency.

And if before it took 10 years to validate a vaccine, it was not to ensure its efficacy and safety but to fight against indifference and bureaucracy and also because of commercial imperatives.

We have moved into another era in which a 10-year period to make a vaccine has now become an anomaly!

The vaccines against Covid-19 RNA messenger vaccines will not be the only ones on the market. Vaccines containing recombinant adenovirus viruses from AstraZeneca, J&J and Russia’s Sputnik, attenuated measles vaccine viruses from Institut Pasteur, inactivated viruses such as China’s Sinopharm and Sinovac vaccines already in use in China, Morocco and the United Arab Emirates, and recombinant protein vaccines such as Sanofi/Pasteur’s vaccine in combination with GSK. All of these vaccines will be very useful to complete the SARS-Cov-2 protection package. None of them will be useless.

Although this is the first time that infectious mRNA vaccines have been used in humans, they have been known and studied for many years. Veterinary research is also in full development with an equivalent vaccine against swine fever virus. May they help us fight this Covid-19 epidemic! Protecting oneself against the disease is good, protecting others by also getting vaccinated is an altruistic gesture that will lead to herd immunity and the disappearance of the pandemic.