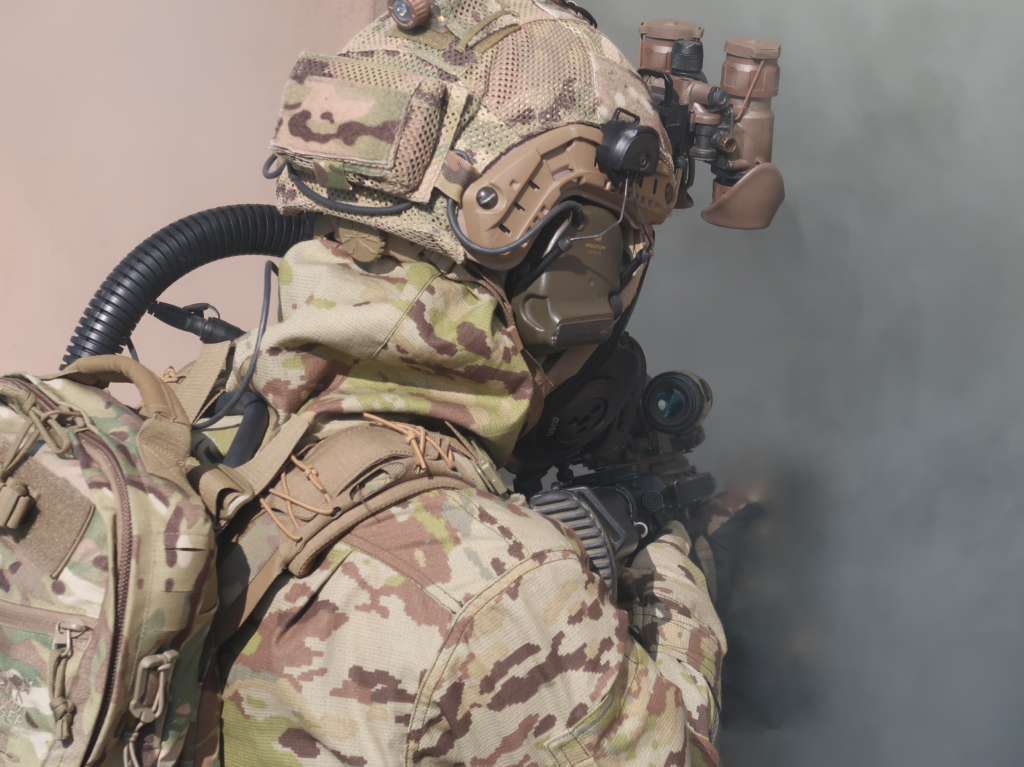 There are insistent rumors in the media that chemical weapons could be used in the current conflict between Russia and Ukraine.

It is true that the media has just dropped the scary words “chemical and biological weapons”.  I tend to think that some journalists are confusing the two types of weapons when they don’t add “nuclear” without really knowing what they are talking about!

In this blog, we will recall the characteristics of the “chemistry” part of CBRN (Nuclear, Radiological, Biological, Chemical, explosive).

A chemical weapon is a chemical used to cause death or other harm through its toxic action. Munitions, devices and other materials specifically designed to weaponize toxic chemicals also fall under the definition of chemical weapons.

It should be noted that, contrary to popular belief, the toxic chemical vectored in a bomb or shell is not the only one that falls under the OPCW (Organization for the Prohibition of Chemical Weapons) definition of a chemical weapon. It includes all toxic chemicals and their precursors, as well as munitions and delivery devices.

A chemical weapon is therefore either one or more of the following elements taken together:

It is a chemical that causes death or temporary or permanent disability in humans and animals. We have already discussed in this blog the nature of these chemicals as in the chapter “The main chemical weapons: reminder (CBRN)“.

Precursors are chemical reagents involved in the chemical synthesis of a toxic product. They are closely controlled and, to find out about them, you can refer to the IRSN link.

The key components of a binary or multicomponent chemical system.

The precursor plays the most important role in determining the toxic properties of the final product and reacts rapidly with other chemicals in the binary or multicomponent system. The active ingredient must be prepared prior to use by reacting two or more, more stable, generally less toxic precursors.

All of these components are closely monitored by the OPCW as part of its enforcement of the protocols for the prohibition of chemical weapons.

Why use chemical weapons?

This weapon was developed and used by the armies during the 1st World War. It was originally designed to get enemy soldiers out of their trenches. The soldiers were unprotected but they were able to adapt quickly, making it more difficult to use the “gas” against the military.

At present, its use by a state army could find application in the capture and control of a city (which is why it was recently discussed in the Russia-Ukraine conflict), as the population is not always protected by individual or collective equipment. Nevertheless, the international community has signed a large number of protocols in favor of the prohibition of chemical weapons, and in particular, the Paris International Convention for the Prohibition of Chemical Weapons, which entered into force in 1997. The monitoring body, the OAIC was awarded the Nobel Peace Prize in 2013. It has led to the destruction of 72,000 tons of chemical weapons.

The question that may then arise is: can a powerful military not follow and comply with international norms, even if its country has signed and ratified the agreement in question (as is the case with Russia in the Paris Agreement)?

Another difficulty in the use of such a weapon is its difficult control, as the products can quickly turn against the aggressor.

Currently, chemical weapons are used mainly to spread “terror” by terrorist groups (such as the Aum sect for example), or to commit assassinations: we remember the use of Novichok agents by the Russian authorities in order to eliminate the Skripal father and daughter and Alexei Navalny.

How to protect yourself?

CBRN defense is based on 5 pillars: detection, identification and surveillance, individual and collective protection, decontamination of personnel and equipment, medical countermeasures.

Their report emphasizes the need to accelerate the renewal of French military capabilities in the field of CBRN defense.

It is interesting to read the excellent paper by General André Helly on CBRN.

It was not useless to recall the characteristics of the “Chemical” part of CBRN. We recalled the exact definition of this weapon, the difficulty of using it, in particular because of its inclusion in a ban treaty signed by the belligerents. We will soon discuss the “Nuclear-Radiological” part. For the “Biological” part, you can follow this link to get a relatively complete overview of the situation.